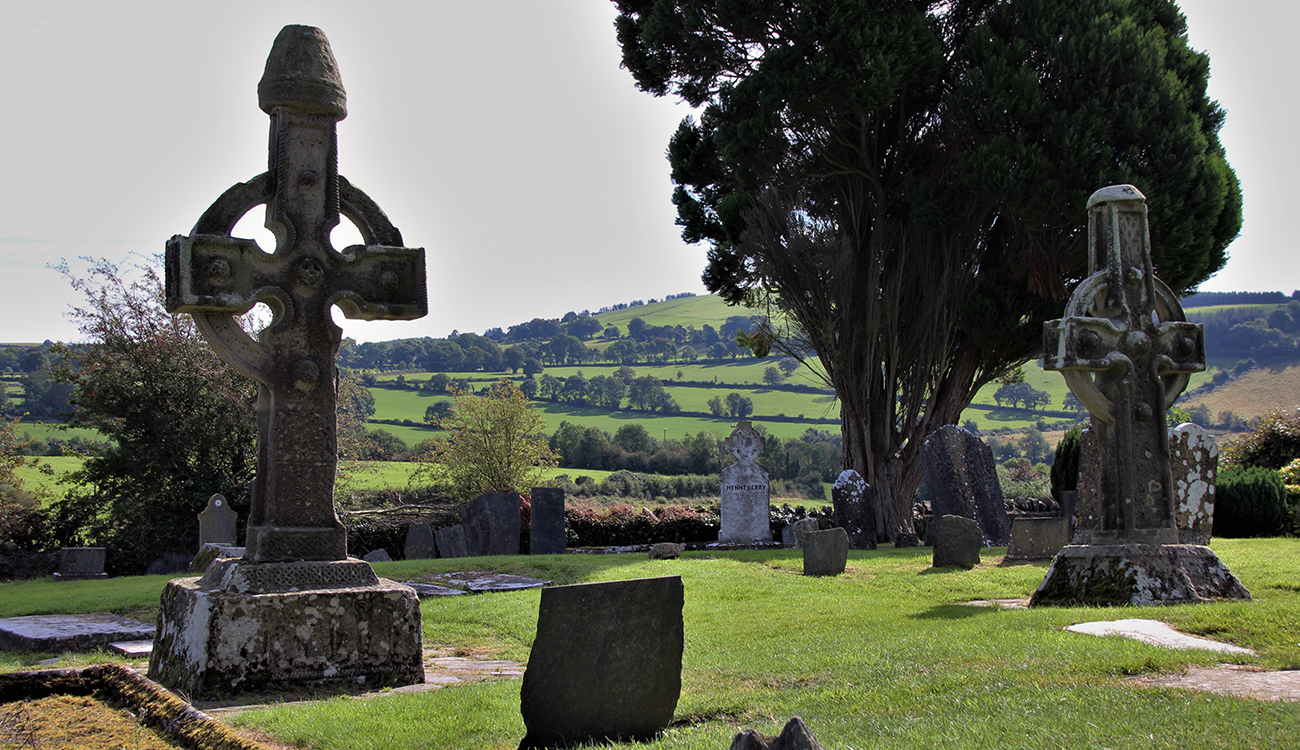 The Ahenny Crosses are part of the Ossory Group which are believed to be the earliest crosses
and date from the eight to ninth centuries. Found at the monastic site of Kilclispeen.

The two fine high crosses, the North and South Cross, at Ahenny in Co Tipperary. Found at the monastic site of Kilclispeen these two crosses imitate the earlier wooden crosses which were encased with a metal binding. The stone bosses imitate the studs which would have covered the rivets that held the metal and wooden crosses together.

The South Cross stands at 3.90 metres high. The North Cross stands at 3.13 metres high, and has a mitre shaped cap-stone typical of other crosses in the Ossory group, such as the decorated west cross at Kilkieran. Figures only occur on the bases of both crosses, on the badly worn base of the North cross there is a strange procession showing a cleric carrying a ringed cross, a pony carrying a headless man and a chariot.

Located approx.7 Kilometres from Carrick-on-Suir on the R 697. Take a left at Scrogh Bridge then take the next right. 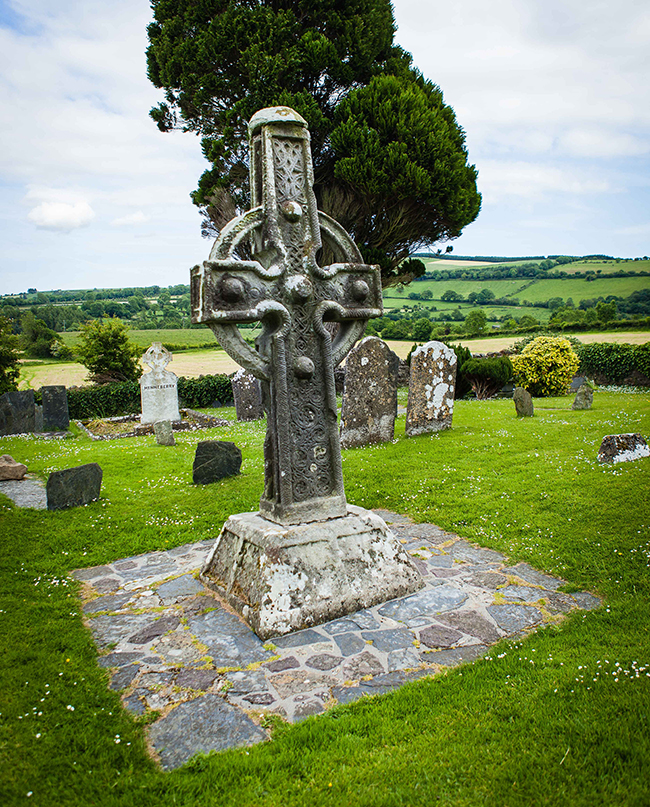 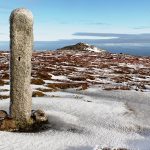 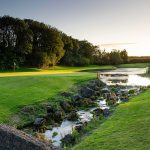 Welcome to the Carraig Hotel, you can book your room(s) above, or contact us if you have any questions.